Fins are an extremely important aspect of surfing, however they are often neglected and more focus is often given to surfboards. This is a big mistake in our opinion as fins play a vital part in overall surfing performance. This is one of the reasons why pro surfers spend a lot of time testing different fins and set-ups.

Here is our simple surfing fin product guide, to help you choose the right types of fin for your style of surfing. 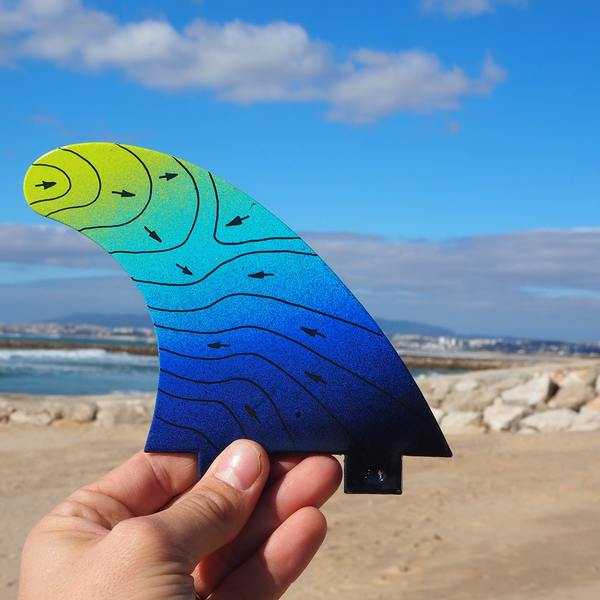 FCS vs. Future Fins - Which is Better?

It's very subjective, both fin systems have their pros and cons. FCS I and FCS II (the newer fin system that lets you just slot in the fins and go) are used by many professional surfers - especially FCS II. Some surfers, however prefer Future fins because unlike FCS II there's less likelihood of losing your fins against hitting a shallow reef or submerged rock. Future fins are seen by some surfers as more secure. On the other hand the futures fin system is known for the fin to have a firmer connection to the board, due to its single-tab system. This offers less flex, but as mentioned less likely that the fin will be lost or broken. If you're after more flex and less rigidity you definitely want to go for FCS over Futures. For the majority of surfers, there's negligble difference. It's also worth noting that fins for Futures systems, have a slightly higher price tag than FCS system fins. 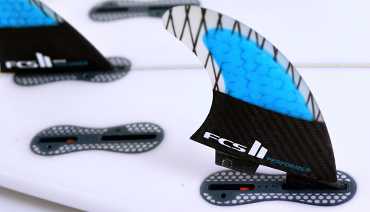 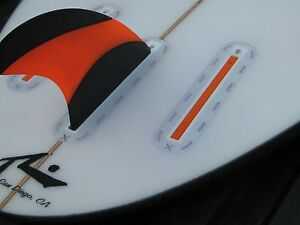 For surfers that like to mix it up and try different boards and fin set-ups, we highly recommend the Blue Swell Lines recycled single fin which offers glide, speed, control and perfect flow. This particular fin pays homage to the past, whilst offering a soul surfer a lot to get radical with.

Inserting Fins – How To Insert Fins

It is relatively straightforward to insert your fins as we stock common FCS and Futures fin set-ups. It all depends on the types of fins you’re wanting to insert as to the process. It’s worth noting, at this juncture, that FCS has two types of fin boxes, FCS I and FCS II. The difference between the two is that FCS II are designed to easily fit and remove your fins without any need for tools and screws. They are backwards compatible with FCS I and require a converter kit if you have FCS I fins you want to fit in your FCS II system.

Step 1 – Place the front part of the fin at a slight angle when you come to slot the fins in.

Step 4 – Test the fin for movement by gently using a little bit of force either side. If the fin is secure there should be little movement from side to side.

Don't forget to check out all our fins via our online Store.