WSL - Surfing Events Are Not The SuperBowl | Shaka Surf Blog 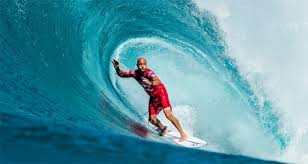 For a while now this has been playing on my mind and I'm sure I'm not the only surfer that has tuned out to the WSL events in recent years. When it was still the ASP I would tune in and watch the world's best surfers rip Bells Bowl or get shacked in Tahiti, even if that meant getting up at 4am or watching late into the night. Now, I'd rather just watch some old highlight reels than have to tune into jabbering Joel Tuppels' fillers or watch some painful post heat interviews with Strider '

Don't get me started on the dropping of world class surf breaks in favour of shitty 2 - 3ft Trestles or surfing Slaters' wave pool (first year good, subsequent years bad). Everything has been pointing to the race to bottom when it comes to the surfing industry. Yes, I get they want to increase the market share so that everyone and his grandfather will buy into the latest surf clothing, hardware and acessories. But in doing, this in such an uncouth uncultured way as current and jumping on any kind of bandwagon whether that's the whole eco conscious surfer movement or equal pay, is just so disingenuous.

This is why I'll not be staying up late to catch the live action and if I happen to be in a place where they WSL circus will soon show up, I'll get out of dodge asap. It's no longer fun, the surfing is all cookie cutter templated aerial moves and the last thing you want is hassle in the lineup from all the kooks that have decided they want a piece of the action too on the lay days.

It's a real shame because I loved the hacien days when less media trained surfers such as Corey Lopez or Sunny Garcia would speak their minds, now its sanitised generic responses that gives very little of the surfers' personality away. Maybe it's me just getting old and being nostalgic, but I swear the whole commercialisation of surfing is now just getting out of hand.

What do you think? Do you still watch the WSL? Was it better when it was the ASP? Let us know in the comments.