Fin Placement and Its Effect On Your Surfing | Shaka Surf Blog

How does fin placement affect your surfing. We explain the science behind fin positioning.

Fin Placement and its Effect On Your Surfing 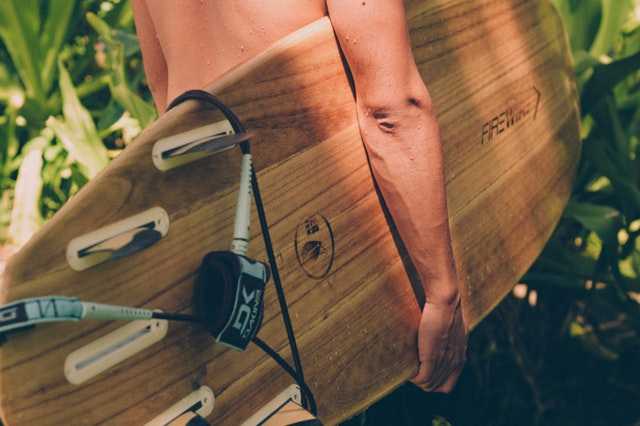 Have you ever wondered what effect positioning the fins has when you surf. Perhaps you've experimented with different setups such as a quad or thruster (three fins), or ridden a twinny. Often the nuances of fin positioning gets overlooked by the more talked about aspects of boards: length, width, thickness and literage.

Perhaps you've noticed differences in positioning with longbaords and shortboards or been looking at the latest Pyzel, DHD, or Mayhem models and noticed that fin placement differs on different models. The best way to understand more about fin placement is to talk to a local shaper who can explain what impact moving the fin boxes up an inch or so will have when you surf.

Essentially when you change the position of the fin boxes and their cluster i.e. how close or spread out they you will change the drive and pivot for your turns. Generally speaking the greater the distance you place all fin boxes up from the end of the tail and the fins closer together, the looser the turns will feel which is for when you want quick loose feel turns. The closer to the end of the tail, and more spread out the fin cluster then the more drive you can get out of the board which is useful for fast, hollowing barrel waves to get maximum drive. Now there's certain ranges you want to keep within, positioning too far up or too low down you can loose a lot of performance and the fins won't work as intended. This is why an experienced shaper will be able to explain this important step and ensure your fins are perfectly placed according to how much pivot and drive you want.

The most common set-up is the thruster set-up as first introduced by the lengedery surfer and shaper Simon Anderson and first showcased at Bells Beach in the huge swell of 1981. The typical placements on shotboards for this are:

Twin Fins This can vary but common configuration is anywhere from 6 1/2" to 10" off from the tail.

Finally, set-ups that include rail fins (2+1, thrusters, quads and twins) will often have the side fins about 1 1/4" in from the rail

More toe-in means a looser feeling, but also produces more drag. Cant on the other hand is the opposite and when fins angle away from the stringer, this will feel stiffer when performing turns and is more suited to bigger, hollower waves to offer more drive and projection. Whereas more toe-in is preferred to small to medium sized waves where loose fast turns are more important.

The average surfer will probably not notice the impact of small adjustments to fin placement. But, more seasonsed and advanced surfers will notice minute adjustments and can work with their shaper to get these really dialled in.

So to recap, fin placement can differ in three main ways: cluster - how close or spread out the rail fins are placed, position up or down from the tail end and angling of the rail fins. A spread out fin cluster will result in a longer turning arc, you might see this is longer boards or guns designed for bigger waves. A compacted fin cluster produces shorter turning arcs, this is seen in the majority of high performance shortboards. It suits for a variety of wave conditions.

Just remember don't ever do a backwards Beth and put your fins in the wrong way round! Or do, it might be fun.

With free shipping, a 10% discount on our eco surf fins that are made from 100% sustainably there's never been a better time to own a Shaka Surf fin.